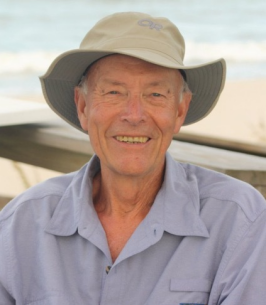 Henry Fredrick Olds, Jr., was born on October 22nd , 1936 in Minneapolis, MN., to loving parents, Henry Fredrick Olds, Sr., and Huldah Viola Bragstad. He passed away on July 18th , 2022 at the age of 85, held by the supportive care of the Artis Senior Living Center in Lexington MA., his loving wife, sister, three daughters, and three grandchildren.

Henry loved life. He viewed life’s journey as one of countless possibilities, endless discovery, and learning. Thus, he devoted his life’s work to opening and widening the perspectives of others to the potential of the human mind. Determined at a young age to receive the highest education available to him, he paved his own way via scholarships and academic gifts through Phillips Exeter Academy, Princeton University, and Harvard University, where he eventually received both his Masters and PhD. in Education. He utilized the acumen honed by these many years of study to nourish his abundant passion for education, serving in such diverse roles as consulting to public school educators, working with underserved populations in NY inner city and Worcester, MA; designing Boston school environments with Ben Thompson & Associates; co-founding the Fayerweather Street School; developing innovative educational software for students and educators during the early years of technology in schools and through its evolution; as keynote speaker in national education conferences; as writer for many well-known education journals and publications. Whether it was working from the inside/out with students, teachers, and learning materials, or from the outside/in via designing educational environments, Henry strived to create multi-dimensional opportunities to inspire educators and kids to open their minds, explore out-of-the box possibilities, and try out new things. He was a natural leader whose favorite challenge was being tasked with a role yet undefined and a set of educational problems yet unsolved. He believed in the creative capacity of the mind to address any problem. For Henry, properly understanding the solution meant a deep contemplation of the problems and questions themselves, and he dedicated his life to empowering others to engage in this depth of
inquiry.

Many who knew Henry knew him as an artist. There was never a year in Henry’s life when he was not singing. From the glee club choirs of his youth, to the Renaissance & Early Music group Quadrivium, to countless Christmas and Spring Revels productions, to gospel, and most recently, traveling the globe with the group Sharing A New Song, Henry sang his way through each stage of his life. His daughters will always deeply cherish Henry’s bedtime singing repertoire, which continues to be passed onto his grandchildren. Alongside music was Henry’s long love affair with photography. Through his photographic artistry, he invited us all to see the world with fresh eyes, as he did, and to gain new perspectives on familiar themes. Henry was tinkering with his photos in his studio in Arlington, MA, ever-inspired to gift any home, hospital, winery, or community space with his vision, up until the very last year of his life.

Lastly, we would be remiss if we did not share Henry The Adventurer. Just within the last decade of his life, Henry and his beloved wife Jane traveled to New Zealand, Ireland, Vietnam, Cambodia, Iceland, South Africa, Bulgaria, and throughout the Southern U.S., often singing, in an ever-inspired exchange of story, culture, and human spirit.

Henry was a perpetual optimist, and even in his journey with Alzheimer’s, found every way to cleave to life, determined to keep his mind and body in shape, sing and share his photographic images, as he prepared for the road he knew was before him. Now we can see that Henry’s hard work paid off, as he did not linger in his disease process longer than he could celebrate life and participate in giving and receiving Love. No matter how cloudy the skies, Henry always believed the sun would come out, if we just waited long enough. And, of course, he was always right.

Henry, we see the sun ever-shining on you now. You are deeply loved, and will be dearly missed.