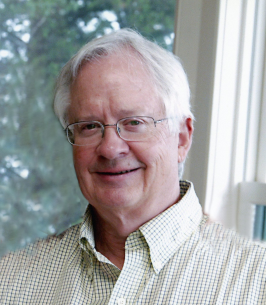 Urban Charles Hirschey passed away peacefully on June 2, 2022 at the age of 84. Urban was born on May 11, 1938 in Watertown, NY, the son of Charles and Alice Hirschey. He grew up in Carthage, NY with his older brother Lee and sister Judy. He attended The Manlius School and then Dartmouth College, graduating in 1960. He learned leadership skills through Army ROTC in college and subsequently served for many years as an officer in the Army Reserves.

After college, Urban pursued a career in the packaging industry, joining the family business, Climax Manufacturing Company, in 1963. He worked alongside his brother Lee over the next 45 years to build an innovative and successful company that produced gift, apparel, and food packaging. Known for his bold and creative ideas, he held several patents for box designs. He was influential in the industry, serving as a member and then Chairman of the National Paperbox Association. In 2008 he retired after the sale of the company, but he kept in touch with close friends and colleagues he had made during his working years.

Urban met Sally in 1962, and it wasn’t long before he proposed and she accepted. They moved to the small town of Carthage, where they raised their four children. They had a long and loving marriage, were true partners, and enjoyed a large and often chaotic family life. A natural extrovert, Urban thrived in social gatherings. In Carthage he was an active member of the Elk’s Lodge, becoming Exalted Ruler in 1972. He loved to entertain with Sally, believing the more the merrier. An avid outdoorsman, Urban enjoyed skiing, boating, fishing, hunting and spending time on the St Lawrence river, especially Wolfe Island. He loved dogs and always had one (or two) black labs that adored him. In 2002 he and Sally built and moved into their dream home in Cape Vincent, NY, where they would stay for another 16 years.

A deeply caring person, Urban worked to improve lives in Northern New York through his involvement with charities and boards and as an elected official. He believed job creation and infrastructure were essential building blocks of economic growth, having served on the Jefferson County Industrial Development Corporation and the Jefferson County Job Development Corporation. As a three-term Town Supervisor for Cape Vincent, he worked to attract businesses and tourism and implement town improvements. He was also committed to preserving the incredible beauty and natural resources of the St Lawrence River and Lake Ontario, supporting the Ontario Bay Initiative, the Antique Boat Museum, the Thousand Island Land Trust and Ducks Unlimited.

Urban had an inquisitive mind, an infectious smile, and a tireless zest for life. He loved family, friends, and home, and always had a kind word for those who needed it. Urban left a lasting impact on those around him through his integrity, generosity, and respect for others. He will be missed by all who knew him.

Urban is predeceased by Sally, his beloved wife of over fifty-five years; his brother Lee; and his sister Judith. He is survived by his sister Lisbeth Hirschey; his children Ann, Mark, Jonathan, and Tyler Hirschey; and their families, including ten grandchildren, ages 8 to 22 years old.