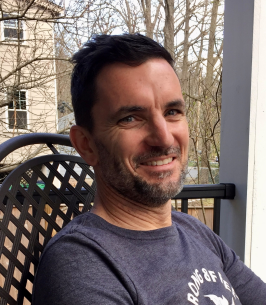 Timothy William O’Brien died on November 20th, 2021 at age 50 from a heart attack. He is survived by his wife Whitney Young; his children, Catherine, Nicholas, and Alison O’Brien; his stepdaughters Jillian and Leanna Montfort; his brothers John and James O’Brien; his sister Karen O’Brien; and his mother Rosemary O’Brien. He was predeceased by his father John O’Brien who passed away March 26, 2021. His first wife, Keri Ann Saunders O’Brien, predeceased him in November 2015.

Tim was born on August 19, 1971 and grew up in Ridgewood, New Jersey. He graduated from Holy Cross College in 1993, where he majored in accounting and was on the varsity rowing team. He became a Certified Public Accountant and earned his Master’s of Business Administration at the Fuqua School of Duke University in 2000. He pursued a career in financial planning in the field of medical research.

Tim was a loving and caring husband and father. He moved his family to Newton, Massachusetts in 2006 because he thought it was an ideal place to raise children, and he was not disappointed. The schools educated and supported his children, and Tim especially liked Newton’s youth sports programs. He coached children’s soccer and basketball teams for many years. He loved camping with his family, especially their annual trip to Acadia National Park. Tim was an avid runner and many of those in his morning running group became his life-long friends. He completed dozens of road races and marathons, but his favorite was always the Boston Marathon.

In lieu of flowers, please contribute to The Children’s Room at childrensroom.org , Soaring Spirits at soaringspirits.org , or The Holy Cross Rowing Association at holycrossrowing.com