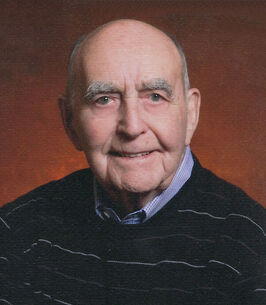 Brendan Francis Feeney, A lifelong resident of Newton, passed away peacefully on Saturday, October 16, 2021, at the age of 93. He was the beloved husband of 65 years of Mary C. Feeney and devoted father of Maryellen F. Collins and her husband Michael F. Collins of Worcester, and Brendan Ben T. Feeney of Newton. He is also survived by his grandchildren Michael F. Collins, Jr. and his wife Allison of Hingham and Elizabeth C. Calder and her husband Kenneth of Milton. He was the beloved great-grandfather of Mia and Tessa Calder. He was a graduate of Newton High School and attended Boston University. He served with the Massachusetts State Guard and was a veteran of the Korean War serving as Army Staff Sergeant in Germany. He was employed by New England Telephone Company as a sales and service manager for government accounts coordinating presidential visits with the Secret Service throughout New England. A proud accomplishment was his coordination of communication services for security and media during the Papal Visit to Boston in 1979. He was a chapter president of the Telephone Company Pioneers, a retiree service association. He was a longtime Eucharistic minister at Sacred Heart church and active in father's association at Xaverian Brothers High School. A Mass of Christian Burial will be celebrated on Saturday, October 23, 2021 at 10:00 am in St. John the Evangelist Church, 9 Glen Road, Wellesley. There will be a Visitation beginning at 9:00 am in the church. Interment is private. In lieu of flowers, donations can be made to Reporters Without Borders USA, PO Box 34032, Washington, DC 20032 or University of Massachusetts Medical School, Veterans Support Services, c/o Office of Advancement, 333 South Street, Shrewsbury, MA 01545. Henry J. Burke & Sons